Mission
My mission is to create for foreign colleagues and Israeli clients a better & easier procurement of patent registrations in Israel.

I have been involved in all aspects of patent prosecution for over 25 years.

First as a client, then as an intern and finally as a Patent Attorney in some of the largest, well known firms in Israel. During this period, I have witnessed hundreds of cases in which the attitude to clients was influenced by erroneous parameters, parameters which were not in the clients’ interest, but rather served other interests.

I encountered individual inventors and small companies who were inexperienced in the field of patenting and heard from them how they had been treated in various firms, and the mediocre (or worse) manner in which their intellectual property had been dealt with.

It was very frustrating. Sometimes, even they did not fully grasp the discrepancy between their needs and goals, and the service they had actually received.

For people who are not well versed in the field, it is hard to know the right thing to do in any particular given situation.

Regarding seeking patent attorney services, I believe that anyone who turns to a patent professional without first investigating and learning their own needs and at least some basic information about how patents work in their particular field, is making a grave mistake.

My disappointment in the cynical attitude of many in the field stems from how they view their client inventors as cash cows. This led me to the conclusion that I needed to learn how to communicate and impart basic knowledge about patents and intellectual property, in a manner that would be accessible to all.

If inventors and those companies developing new products, could tell the difference between amateur and professional patent drafting and prosecution, it would be much more difficult to take advantage of their ignorance to maximize profit for the firms offering the service.  On the contrary, inventors could then demand better service, thereby raising the standard of services proffered, rendering them more professional, efficient and reasonably priced.

My life’s path has led me to believe that everyone can and should navigate their own life in the direction they choose. People are able to decide what suits them, and what does not.

As a professional, I believe my choice of any particular action for my client, should serve me and others equally. It is my ambition that in all decisions, making to the right choice – mean all sides will benefit. A Win/Win situation.

I believe that anyone who agrees with my approach, will choose to have me as their patent attorney.

Yael is a registered Israeli patent attorney with over twenty-five years of experience in every aspect of Intellectual Property at top-tier IP law firms, including Seligsohn Gabrieli, Dr. Shlomo Cohen & Co. and Korakh & Co.

She has an impressive track record in tackling complex IP challenges, identifying deficiencies in patent specifications and developing design-around strategies as well as extensive experience in drafting and prosecuting patent applications in Israel and abroad (US, EPO, PCT, CN, JP etc.)

Yael served as an electronics technician with expertise in communication devices in the Israel Defence Forces and holds a Bachelor’s degree in technology specializing in Textile Chemistry from the Shenkar College of Engineering, (Ramat-Gan, Israel).  Yael became a registered Patent Attorney in 1997 (Reg. 126) and is also a registered Engineer (Reg. No. 83846). 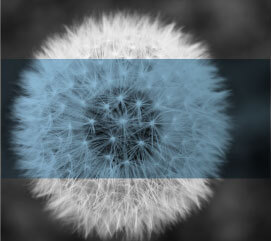